Mould can be killed with heat on various surfaces. These surfaces can be walls, wood, metal, glass, and even fabric, but each requires a different technique. A hot temperature can be extremely effective in defeating mould and preventing it as it reduces the chances of condensation which is the main reason for the mould.

You now know that moulds can be removed on certain surfaces, but how? If you wanting to treat a wall that has mould on it, using heat to clear it can sometimes be better than using harsh chemicals. Keeping the room at a stable hot temperature will reduce the chances of mould because there wouldn’t be any chances for condensation to appear.

Sometimes it can be difficult to warm a wall enough to prevent condensation and mould. If you’re experiencing this I recommend using a portable heater or a hairdryer for more targeted areas. Once you’ve dried the existing mould, you can then clean it off the wall. For future prevention, I recommend trying to keep a steady temperature in the room.

To kill mould on materials like wood, metal, and glass you can bake them. Baking them in an oven will ensure a very high temperature that will kill all types of mould on these surfaces. You’ll need to place the moulded item on a baking tray and place it in an oven. Begin to heat it at a low temperature and increase it if it’s safe to do so. Make sure you keep an eye on what you’re trying to de-mould in case of any fires. Lastly, is removing mould from fabric. It’s probably the easiest one out of the three and doesn’t require much attention to detail. You’ll need to place your fabric mould-ridden item in a dryer or dishwasher and leave it in there for around 20-30 minutes. Once your fabric has been in either of these for some time, take it out and re-wash it. I recommend re-washing it by hand and then put it in a washing machine.

How to Prevent Mold with Heat

If you don’t know, one of the main reasons for mould to occur is due to condensation. It typically happens during winter because of the fluctuations of temperature from when the heating is on or not. Normally you would get condensations in corner of rooms or near windows because these are the least hot places in a room and is heated last. However, it can also happen in the opposite way. When it’s warm outside and too cold inside it’ll also allow condensation to appear.

To prevent mould, you need to keep a stable temperature inside of the room. You’ll have to adapt this depending on if it’s hot or cold outside. Doing this is possibly one of the best mould prevention methods if you do it right. If you are fed up with having to remove mould constantly from certain areas of the house, you need to make sure that your in-house temperature is ranging between 18-23 degrees. This is a good enough living temperature and it’ll also reduce the chances of condensation and ultimately mould.

I’ve spoken about hot temperatures killing mould, but cold temperatures can also help with preventing and killing mould. As suggested above, to prevent mould in your home you need to be ranging between 18-23 degrees constantly. To kill mould it’s recommended that you reach heats of around 38 degrees. This will kill the current mould and you’ll be able to clean it. To prevent mould build-up in the future, you can lower to temperature to around 18-23 degrees.

However, mould will actually be prevented and killed with temperatures below freezing. I mean, that’s why we use fridges and freezers right? It’s because bacteria can’t survive in such harsh conditions.

Does Heat Kill Mold on Grill?

You may have experienced a mould build-up on your grill and one of the ways to prevent and kill mould on your grill involves using heat. It’s not just great for killing mould but will also remove any unwanted or greasy residue that’s been left on your grill.

To kill and remove the mould on your grill you’ll have to heat it to around 60 degrees celsius. Once you’ve reached these temperatures, remove the heat and wait for your grill to cool down. When your grill has finally cooled down, start the removal process. Deep wash the grill in warm soapy water and scrape any hard to remove spores. If you’re getting areas of mould that are not wanting to come off, repeat the process until they do. When you happy with the result you can now dry the grill by re-heating it, this will kill any hidden mould spots. 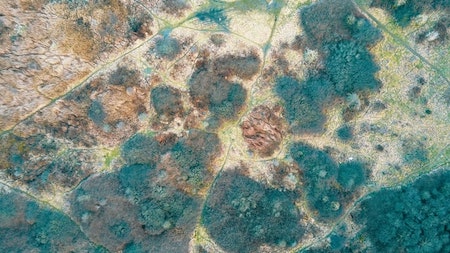 To prevent mould, make sure you properly clean your grill after use. Mould loves to grow on leftover food, grease, and condensation. Therefore, having a good cleaning process after using your grill is a must. Preventing condensation is a little bit trickier and can be a difficult one to monitor due to the change of temperature throughout the year.

If you don’t use your grill through the winter and tend to only get it out over the summer months I recommend deep cleaning it and covering it up before putting it away. Doing this will ensure that mould hasn’t got a home to migrate to as there won’t be any leftover residue or massive changes in temperatures causing the grill to produce condensation.

Although heat can kill mould on food, you shouldn’t eat anything which has experience mould on it.

Mould is killed by heating food to temperatures of 60-70 degrees celsius, which is around boiling temperature so boiling/heating food around this temperature will penetrate the mould which is growing on it. However, remember when fruits are moulding on the outside it also probably has mould on the inside of the fruit. Or at least the bacteria within the fruit which is still harmful.